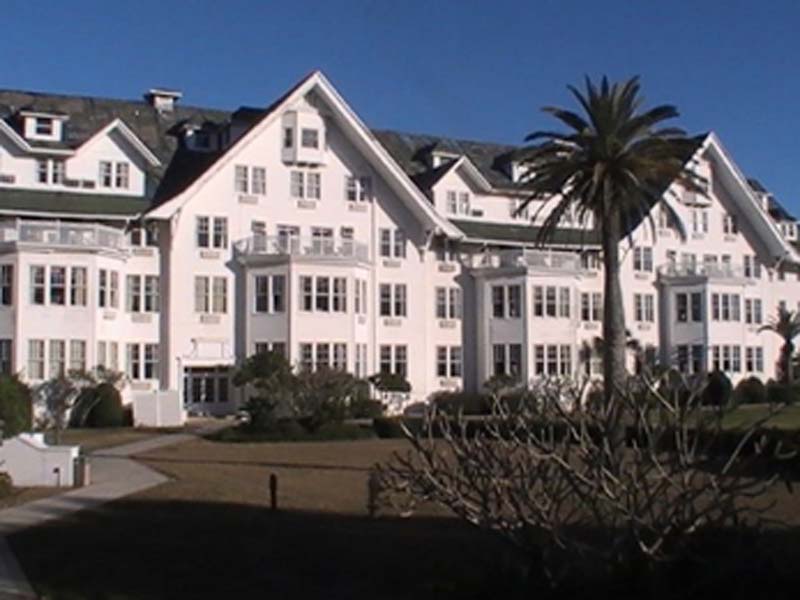 When I began writing the “Spirits of the Belleview Biltmore” series, I established my first author’s website to document my experiences as a novice novelist and the renovation of the famed historic hotel.

Even though I was clear that my books would be works of fiction, soon after my website went live, fans of the hotel began emailing me about real ghostly encounters they had experienced at the Belleview Biltmore Hotel. I found it interesting that these people used eerily similar terms to describe their experiences with the spirit realm:

1. Initially, a spine-tingling sensation is felt. Goosebumps might rise up.

2. There is an instant awareness that something is present which doesn’t fit into normal frames of reference.

3. There is a rush of adrenaline as the fight or flight instinct is awakened.

4. The feel of the surrounding air often changes abruptly, becoming cold or wet or breezy.

5. The ghost sighting or paranormal encounter occurs in an instant, and often ends just as quickly.

6. The memory of the encounter remains crystal clear, even long afterward.

Even though my novels are a mix of actual historic events and an imaginary world of spirits that haunt the hotel, when I first started writing my books, I didn’t think the hotel was haunted. I only intended to use spirits as a way of demonstrating the wisdom and courage of women who either worked at the hotel long ago, or stayed there as guests.

In the world I created for the characters in my novels, spirits and ghosts are not the same thing. In “my world,” spirits are souls who decide to step off the lighted path for some reason. They still embody their memories, personalities, and all other aspects of their human selves. Ghosts, on the other hand, are created when only a part of a soul abandons the lighted path. That is to say, one part of the soul remains in the spirit realm, while another part of the soul continues down the lighted path as a divided soul. In my world, ghosts tend to represent the evilest part of a soul…the part that most feared judgement was waiting at the end of the lighted path.

After a while, I realized a few of the emails I received about real ghost sightings sounded quite similar to one another. When I began comparing encounters, I was amazed to discover that several people had unknowingly experienced and reported almost identical paranormal encounters or ghost sightings.

To date, a total of twenty paranormal encounters and/or ghost sightings at the Belleview Biltmore have been reported to me by more than one person. And this number does NOT include the countless photographs containing “orbs” (the round dots that sometimes appear in photographs, which people in the ghost hunting community claim are ghost reflections, caught on film.)

The twenty ghost reports I count are stories where either an apparition appeared and/or a phenomenon was felt so strongly that it made a permanent impression on the person who had the encounter, and it was distinctive enough to stand out from general reports from people who “felt they were not alone” or who got “spooky feelings.”

I tried to research some of the stories about deaths at the hotel, but quickly discovered that task was hopeless. For one thing, deaths at prestigious hotels used to be kept quiet, because of the concern that superstitious fears would hurt business, and for another thing, most newspapers didn’t carry obituaries until well into the 20th century. Prior to that time, newspaper death notices only listed name, birthdate (if known) and date of death (or approximate date, if actual date of death was unknown) unless the individual had been famous. For these reasons, I am the first to admit that the only evidence I have that most of these phenomena ever occurred (other than the couple I witnessed myself) is the word of the people who told me about their experiences.

But whether you choose to believe the Belleview Biltmore Hotel and its grounds is/was haunted or not, no one can deny that reports of paranormal encounters have become an integral part of the history of the hotel. That’s why, in addition to creating fictitious spirit characters, I decided to incorporate some of the more frequently reported sightings in books two, three and four of the series. A few of my characters in the present experience paranormal encounters themselves or hear stories about ghost sightings. Additionally, a couple frequently reported paranormal encounters provided the inspiration for two of my character’s backstories. I’ll go into more details about the “Twenty Real Ghosts of the Belleview Biltmore” in future blog posts.